Harry Houdini died on Halloween in 1926 at the age of 52, a number familiar to anyone who knows card tricks. On Oct. 31, reverent magicians across the land hold yearly séances to communicate with the illusionist.

Harry Houdini died on Halloween in 1926 at the age of 52, a number familiar to anyone who knows card tricks. On Oct. 31, reverent magicians across the land hold yearly séances to communicate with the illusionist. His wife gave up hope in 1936, saying, “Ten years is long enough to wait for any man.” Mysteries continue to swirl around the circumstances of his death and how he pulled off his death-defying acts. The perfect place to speculate is the Houdini Museum of New York, near Pennsylvania Station.

Housed on the third floor of an office building that has seen better days, the museum, at 421 Seventh Avenue, is open daily and embedded in a magic shop that also serves as the headquarters for Fantasma, a manufacturer of trick cards, coins and wands, remote-control spiders, crawling hands, vanishing silks and multiplying soap bubbles. There is also a live, floppy-eared rabbit, Trixie, biding time between gigs, when she materializes in place of three doves. The museum’s owner, Roger Dreyer, 53, who calls himself the C.W.O. (chief wizard officer), hiredDavid Rockwell to design the small, theatrical museum, which opened in 2012. Admission is free, unless you count being one dollar poorer from feeding a bill into the antique Gypsy fortuneteller booth. 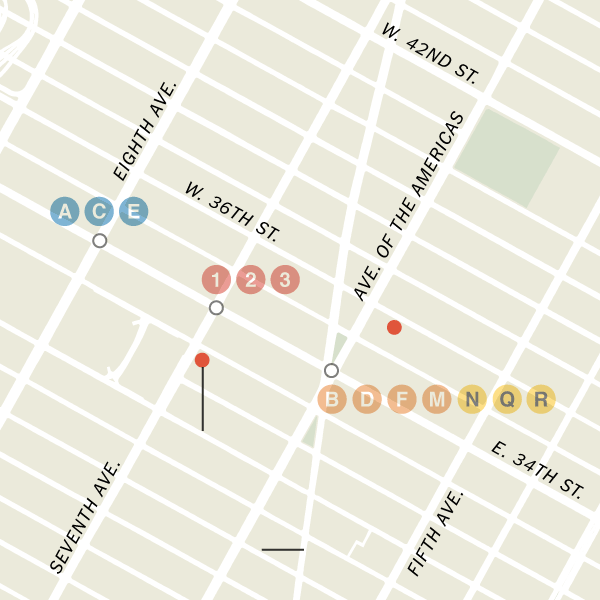 A stage edged in red velvet curtains holds a satin-lined, flamboyantly painted coffin Houdini escaped from in 1907. He was manacled and the lid was secured with six-inch nails. Violating no laws of physics, he was out in 66 minutes, a length of time that is hard to imagine current audiences tolerating.

“For two and a half, three hours, people would wait for him to get out of handcuffs,” Mr. Dreyer said. “The more they waited, the more they freaked out.”

While Mr. Dreyer said he upheld the magicians’ code to not reveal secrets, among the 200 artifacts he has on display are lock picks, keys and custom-made devices Houdini hid on his body or swallowed and regurgitated when shielded from view.

Mr. Dreyer estimated that he had parted with $1 million to amass a collection of rare Houdini posters and props, including a padlocked steamer trunk wrapped in chains that Houdini fashioned for his celebrated “metamorphosis” trick. A bust of Houdini is on loan; it is the one stolen from his grave site in Queens in 1983 and recovered by the police in 2002.

Professional entertainers, aspiring magicians and awe-struck youths are the steadiest customers. John Bukowski, 46, manages the shop and wows visitors with sleight of hand, a skill he has been polishing since he was 9. He compared Houdini to David Blaine — both going to extremes. 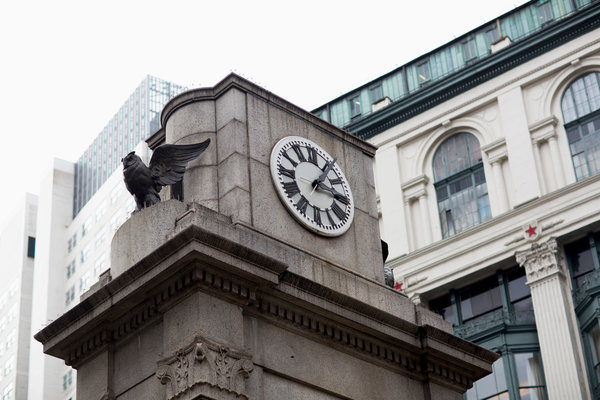 “Houdini would cut his arm open the week before an escape and insert a pick under his skin,” Mr. Bukowski disclosed. “By the time officials examined him, it would have healed over. To break out of the locks, he’d bite the end of his skin open so he could yank the pick out. You know how David Blaine put an ice pick through his hand without any blood? It ain’t a trick.”

Mr. Dreyer said Houdini was the No. 1 vaudeville attraction of his time, dividing his shows into three acts: illusion, escape and debunking spiritualists. The final act may have been more dangerous than his water torture cell, where he was clamped in a steel grill and wooden stocks and submerged headfirst into a fish tank. Trying to make contact with his dead mother, Houdini was fooled time and again, spurring him to expose frauds wherever he toured. He was even at odds with Sir Arthur Conan Doyle, for uncloaking the author’s wife as a fake medium. 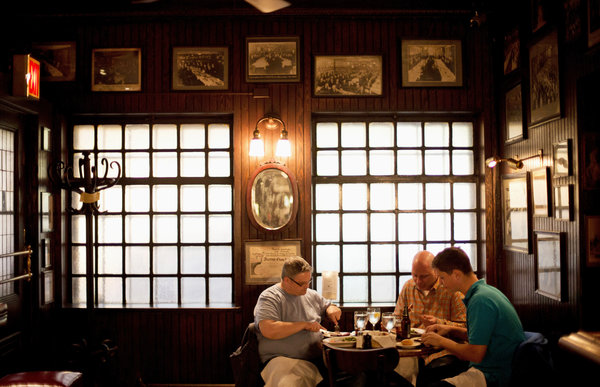 Patrons on a recent weekend at the bar at Keens Steakhouse on 36th Street and Avenue of the Americas.
TODD HEISLER / THE NEW YORK TIMES

Did the master showman really die of a burst appendix and peritonitis after being punched by a man who may have been hired by Houdini’s enemies? Or was he poisoned? So far, Houdini has kept mum. No jail, no straitjacket, no shackles could hold him, but death’s grip has prevailed. Still, there’s always Halloween.

For the most part, the eating options near Penn Station are a good reason to escape to a different neighborhood, with the exception of Keens Steakhouse on 36th Street and Avenue of the Americas. Head straight to the lustrous pub room, enhanced by a racy oil painting of a reclining female. When the bar opens on weekends at 5 p.m., it is mellow, with plenty of stools available.

Martinis and Manhattans are correctly stirred by brisk, genial barkeeps. The bar menu is half the price of a meal in the steakhouse and also served weekdays from 11:45 a.m. throughout the day. The hubcap-size prime rib hash, threaded with lush meat and fortified by a runny fried egg, is under $20 and enough for two to fill up, especially when combined with a basket of warm rolls, slathered with butter.

Fantasma Toys is pleased to offer free shipping in the continental United States. Our products are shipped exclusively via FedEx so you can be sure you will have them fast. Reasonably priced international shipping rates are also available. It is our way of saying, "thank you" for being a Fantasma Toys customer!

Fantasma Toys offers a Money Back Guarantee: your business is important to us. If for any reason you are unsatisfied with your purchase, Fantasma Toys will refund the purchase price of your item upon return of the item. On the rare occasion your item is defective, we will replace it with a new item free of charge!